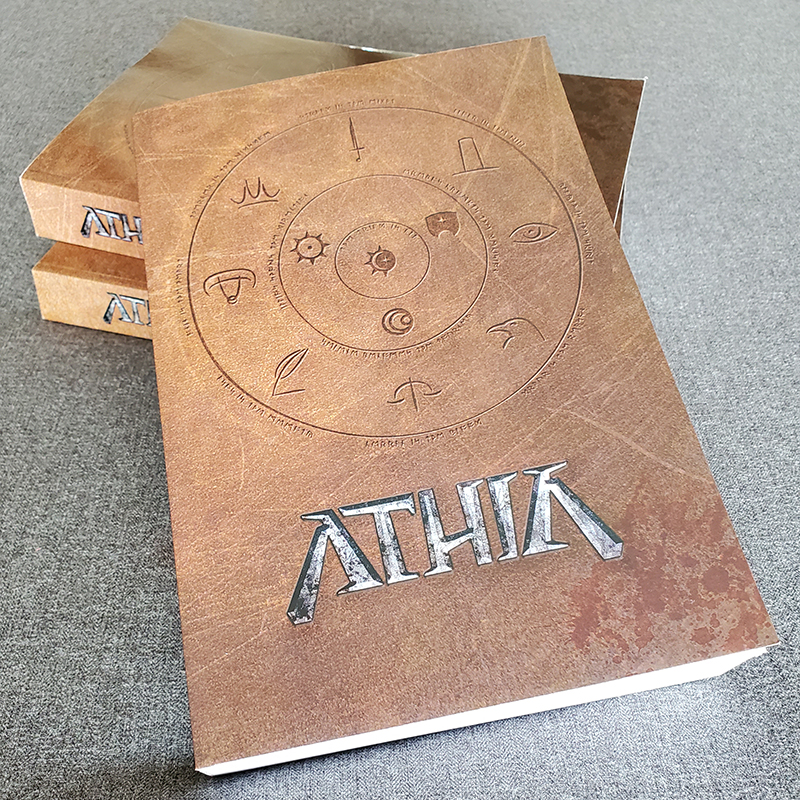 Athia is a fantasy roleplaying game set in a fantastic, post post-apocalyptic world.  Athia is a world pulling itself together after having barely survived both a bloody, protracted war and a horrible curse that brought the dead back to life.  It is filled with people trying to make lives for themselves, overseen by powerful political Houses. It is a world where magic is on the decline, and faith is on the rise.  Athia is wrought with the bite of long, harsh winters and short seasons for growing sustenance. If those obstacles are not enough distraction, there are creatures lurking in the forgotten wilds and the Sick still remain in abandoned places where the living once dwelled.

Players bring their character concepts to the table and flesh them out by choosing a race, class, and house.  They will also choose from hundreds of abilities to customize their character’s capabilities, deciding their character’s worth in attributes, talents, and magic.  The ten levels of advancement bring marked improvement, leading to meaningful decisions as to how their character grows and evolves. The system uses d20-based mechanics, working off a scaled difficulty system where players need to roll a 9+, 12+, 15+, or 18+ to succeed.  The game also provides an easy means to add custom encounters to your stories. It offers heroic, cinematic combats and easily resolved conflicts, all within a rich and plausible environment.

In Athia you’re not a hero, you’re THE hero.  Athia allows you to get the concept of the character you have always wanted to play onto the page.  It is filled with difficult and engaging decisions, offers opportunity for sizable character growth, and is fueled by player creativity.  You don’t have to rely solely on the world we have written, but can use it as a backdrop for storytelling the game you want to play. Athia is a gritty, down-to-earth fantasy setting grounded in common sense.  The rules don’t slow the game down, and players are never left feeling their characters are worthless or spent. Athia can be the framework to run the kind of game you want, or it can be the world you immerse yourself into.